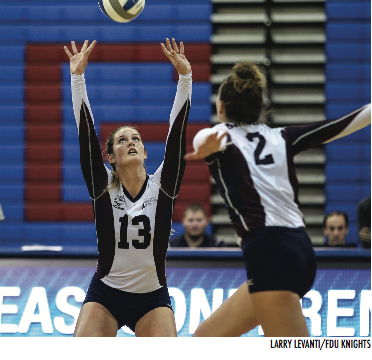 By JULIAN BELL Sports Writer (HACKENSACK) – The women’s volleyball team is rebuilding. It does not want another season like 2016, when they went 3-29. Andrea Nolan was the assistant coach last season and was promoted to head coach in 2017, replacing Stacey Recanati, who served for 26 […] Physical Game Ends in Victory for the Knights

By ADMIR DURAKOVIC Staff Writer The women’s soccer team came out on top of a physical contest on Sept. 29, winning 1-0 against the Central Connecticut Blue Devils. The result improved the teams overall record to 3-7-1 and started their NEC campaign with a 1-0 record. Overall, Central […] 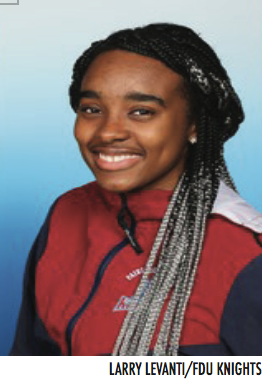 By JULIAN BELL Sports Writer FDU junior long jumper and sprinter Sarakaye Freeman knows something about winning. “My number one goal this season is to make it to Nationals,” Freeman said. “I want to place in the top six.” Freeman was named the Most Outstanding Performer in Jumps […] 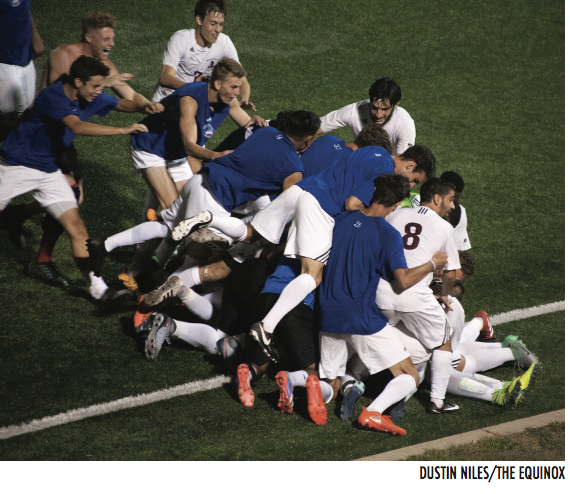 By DUSTIN NILES Layout & Design Editor The men’s soccer team pulled out a dramatic overtime win over Bucknell on Sept. 27, coming back from a 2-0 de cit to win 3-2. The deciding goal was scored by junior forward Fredinho Mompremier in the 91st minute o an […] 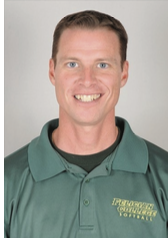 Chris Foye Takes the Helm of the Softball Team

By DUSTIN NILES Layout & Design Editor After a 5-37 record last year and a host of o -the- eld issues, FDU decided it was time for a change at head coach for the softball team. Enter Chris Foye, an assistant coach for NYU last season, and formerly […]