By Mike Natoli Staff Writer (TEANECK) – In 2013, FDU began planning new television production facilities in Becton Hall. It’s almost 2017, and they’re still planning. The current studio space is more than eight years old and has been updated several times. “Personally, I believe that having a […] 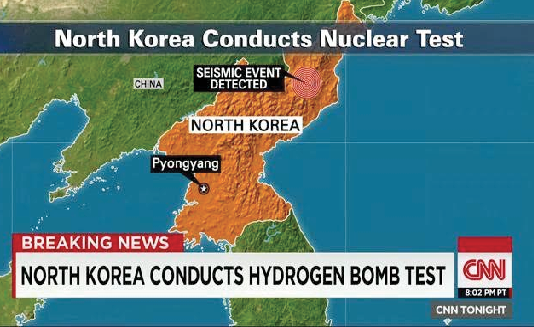 By Nishi Naik (TEANECK) – It seems banning the internet, alcohol and blue jeans weren’t enough for North Korea to create chaos. On Sept. 9, North Korea also conducted its fifth underground nuclear test – the second one of the year – which raised high tensions and concerns […]

By Gabriel Perez (TEANECK) – On Sept. 11, the National Day of Catalonia, about 540,000 people rallied in Barcelona for a referendum for Catalonia’s independence from Spain, according to the BBC. Catalonia is a region that in many ways feels very different to the rest of Spain.  They […]

By Emily Weikl It was a Tuesday in the second week of Sept. There wasn’t a cloud in the sky. That day ended in smoke, ash, and thousands of lives lost. Everyone old enough at the time remembers the events of 9/11. They know where they were or […]

A Witness to History