No Let-Up in Leaded Water

The Death of FDU Graduate Weiqi Wang, 27, on Nov. 21 in the Crosswalk on River Road has Sparked Student Action to Demand Change By Melanie Perez Staff Writer (TEANECK) – Dennis Rozestwinski, who was studying with Wang in the master’s program for international hospitality and tourism, did […] 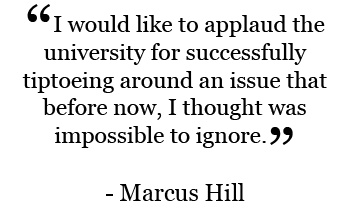 By Melanie Perez Editor-in-Chief (TEANECK) – The days following the 2016 presidential election were met with strife on the Metro campus as allegations of snatched hijabs and racial slurs spread around campus. “In a single day of Trump being president elect: Muslim students were verbally assaulted, a Muslim […]