Due to the COVID-19 pandemic, FDU Athletics held the annual FDYS on Wednesday, May 6,  an academic and athletic celebration for all the athletes’ accomplishments. This was the third year FDU athletics held this event.

Kenny O’Boyle, WFDU general manager and FDU basketball public address announcer, was the host of this year’s event and gave an introductory speech to the viewers about the importance of staying safe and healthy and saying that we will all be back together sooner than later.

Fan of the Year: Billy Abbate

Best Play of the Year: Amanda Fitzgerald Penalty Kick Save Against Bryant in NEC Semifinals (11/8/19)

Madisyn Beirne and Tessa Fink will suit up for the Knights in 2020.

Beirne, a  5’11 outside hitter, hails from Honolulu, Hawaii where she played for Punahou High School. She will be joining the Knights after one season playing at New Mexico State University.

“Madisyn will have a positive impact on the team as soon as she gets on campus,” Rodgers said.

Fink, a 6’4 middle blocker,  joins the Knights after one season at New Mexico State as well. She attended Mercer Island High School in Washington State.

“Tessa is going to bring us height, athleticism, and experience,” Rodgers said.

The Knights will be losing seniors Abigail Strebig and Emma Liller.

The Knights are coming off a 4-26 overall record with a 3-13 record in the Northeast Conference. 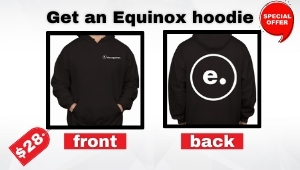