Square Enix released the long-awaited “Kingdom Hearts III” in January 2019. While the game was mostly well received, it was criticized for its lack of difficulty and the fact that several major plot points were left unresolved.

When the “Re Mind” DLC was unveiled in Summer 2019, the developers assured fans that it would address several of their concerns with added cutscenes and challenging post-game bosses.

The “Re Mind” DLC was released Jan. 23 of this year for $30. While it adds much-needed context to certain scenes and delivers a fair amount of fan service, its short length, combined with its higher-than-normal price, ultimately makes this hard to recommend.

The “Re Mind” DLC is split into two main chapters: The first is the titular “Re Mind” chapter, which takes place near the climax of the main story when Sora decides to use “the power of waking” to save Kairi, who fell in the final battle against Xehanort.

To do this, Sora travels back in time before Kairi is killed but is warned that even if he succeeds, he will vanish from existence.

The second chapter, titled the “Limicut Episode,” takes place a year after the final battle. It features Sora’s longtime friend, Riku, using re-creation combat data of Sora and Organization 13 in an attempt to find information on his current whereabouts.

While the story can be confusing at times, the interactions between the characters keep it enjoyable and make certain moments feel more heartfelt.

Both chapters are primarily boss-rushes, Sora and his allies fight off several bosses simultaneously.

During certain battles, the player is given the option to play as one of Sora’s allies, such as Roxas or Kairi. However, this option is restricted to those fights only.

Near the end of the chapter, Sora is tasked with exploring the city of Scala ad Caelum, an area that was only used as the arena for the final boss in the main game.

Scala is a beautiful-looking area, and while the city itself is devoid of life, it does not overstay its welcome. It does, however, emphasize the biggest problem with the DLC, outside of this one world, the rest of the game consists of fighting bosses and watching lengthy cutscenes.

In fact, while this chapter is four-hours long, the lion’s share of that time is spent watching cutscenes.

Unfortunately, the second episode does little to mitigate the problem, being mainly a boss rush against tougher versions of Organization 13.

To the game’s credit, these bosses are legitimately challenging and can easily add a couple of hours to your playtime. Boss fights and cutscenes aside, this DLC does little to expand on the base game.

Despite these gripes, there are several positive things about the game, but the $30 price tag might keep you from fighting the darkness. 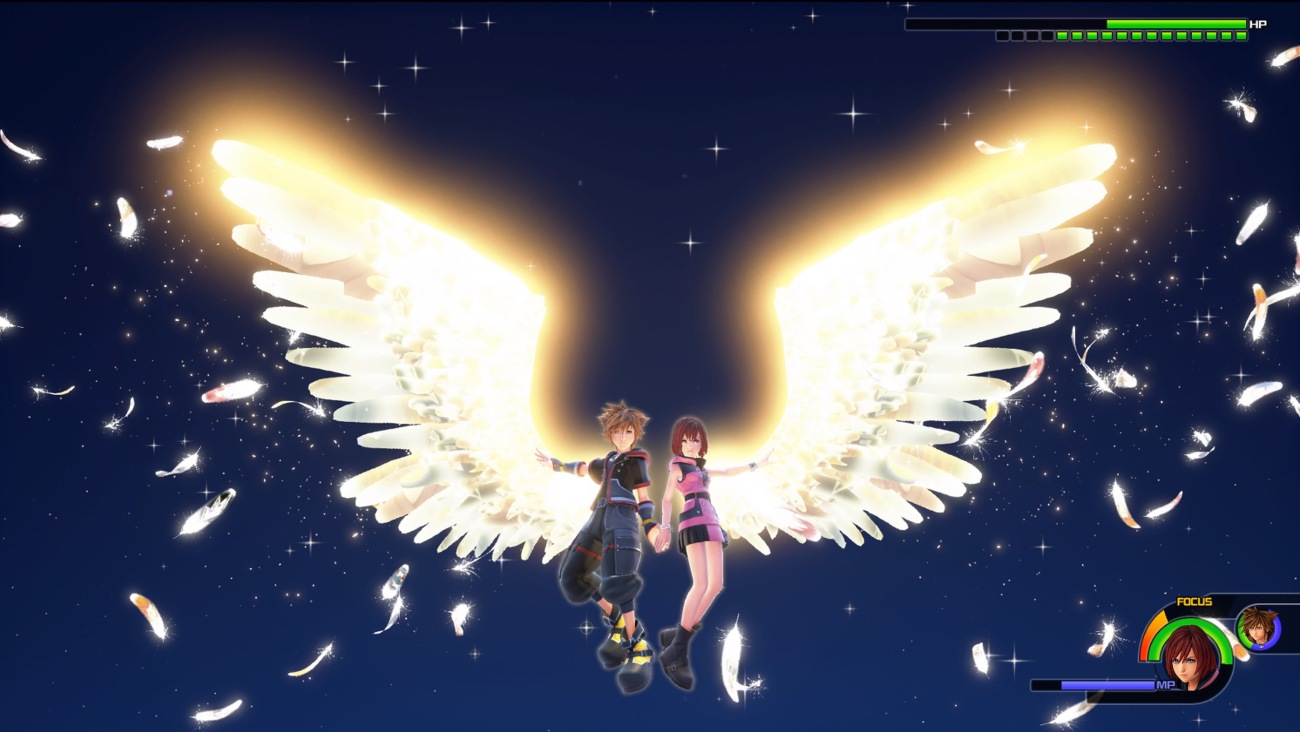 The DLC chapter “Re Mind” features fan favorites Sora and Kairi in boss-rushes.