The NBA and the sports world lost a true icon as Kobe Bryant and his daughter Gianna were two of the nine people who perished in the helicopter crash in Calabasas, California early Sunday morning.

This news was not only tragic but it shook everyone to their core, myself included. I had chills for the whole day because I could not grasp the fact that Kobe Bryant had died. It felt like a bad dream and I wanted it to be over. But in reality it was not a dream, it happened.

Kobe Bryant, one of the greatest basketball players who ever lived, played his whole 20 year career with the Los Angeles Lakers. He is no doubt a hall of famer and will be enshrined in 2020 with San Antonio Spurs legend Tim Duncan, and Boston Celtics legend Kevin Garnett. This will be one of the greatest Hall of Fame classes in recent years as three of basketball’s greatest players will be enshrined the same year.

Kobe was not just an athlete, but a human being just like everyone else. He had one of the greatest work ethics anyone has ever seen, and was an ambassador for the NBA around the world. Kobe built the Staples Center to what it is today and did so many things for the city of Los Angeles to make it better for the people.

“Kobe has just inspired me in a way that I should never take the game of basketball as anything that it is simply a gift, and in order to be great at this sport I must continue to get better everyday.” Senior forward Kaleb Bishop said.

Kobe was a global icon, known all around the world as he played for the most historic franchise in the NBA, the Los Angeles Lakers. Mamba Mentality is a way of life that most NBA players follow to this day. NBA players idolize Kobe Bryant because of his greatness and his drive to be the best you can be every single day.

Two million people have signed a petition calling on the NBA to change the logo from Jerry West, another Laker legend, to Kobe Bryant. This would be a truly remarkable change if it does happen, and it would show how much Kobe meant to the NBA if he were to become the logo. 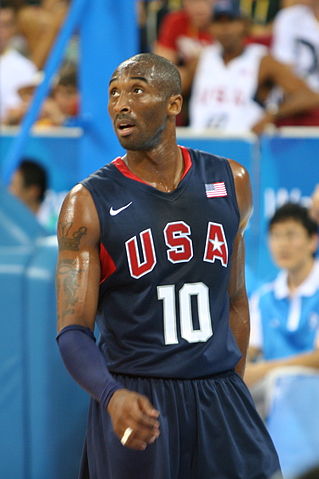 Kobe Bryant Passed Away at the age of 41 on Sunday.     Via Pixababy