Mac Miller’s latest and last album “Circles” was released as a companion to his previous album, “Swimming”. Miller worked tirelessly  on recording the album “Circles” during the summer of 2018, before passing away on September 7, 2018. Jon Brian picked up where Miller left off and worked just as tirelessly on “Circles” so it could be released posthumously on January 17, 2019.

“Circles” is comprised of 12 songs, the first of which is “Circles.” “Circles” has a very slow and soft quality and the variance in volumes has made this an elegant song.

The song “Complicated” has a steady and consistent rhythm. The lyrics are relatable. They convey an empathy with the commonplace feeling that complicated things are harder than they should be, and that it takes rigorous effort to deal with the aftermath.

“Blue World” confronts the lack of authenticity that surrounds us. This breeds distrust and makes it difficult to not only stay connected with other people, but also to stay sane through the ups and downs of life.

Another song on “Circles”, called “Good News” depicts the mindset of someone who is looking backwards instead of forwards, and only at the negative aspects of their past. When it seems like good times have not come around in a while, the wait for good things to happen becomes far more difficult. In fact, it can sometimes be so difficult that just hearing good news is cathartic.

“I can see” taps into despair, but then takes a turn and promotes perseverance with the lyrics, “Yeah, don’t tell me to stop / Let me keep going until I cannot.” When it seems like everything is working against accomplishing a goal or realizing a dream, it is integral that all the obstacles are overcome with a combination of willpower and determination at full throttle.

All of the songs on “Circles” have a perfect blend of various musical instruments and vocals that reflect on themes that everyone can relate to. This final album is an exceptional homage to the life of Miller and the struggles he had fought through to get to where he did. 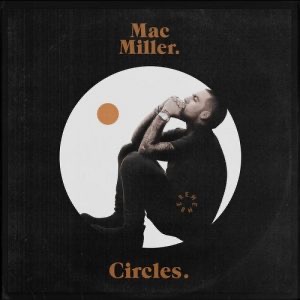 Mac Miller’s “Circles” reflects struggles everyone can relate to.