The trip to Lexington, Kentucky was an experience to remember.

Arriving at the airport, I was greeted by a University of Kentucky sign. The airport was selling merchandise from the college as well. People walking in the airport wore the famous blue and white as it was ordinary.

Heading out from the airport, there were Kentucky billboards all around the highway, and heading into the town people were walking to the game in their blue and white gear.

To get to the game, our Lyft drivers talked about the basketball team, and the way in which they talk about their team, shows their amount of love and passion they have for their hometown team.

Sitting court side and having the game played right in front of my own eyes in the legendary Rupp Arena gave me goosebumps.

The fans show so much love and passion for their team with their cheering and support. After every basket, and defensive play, every fan let out a cheer almost simultaneously together and the distracting of FDU on free throws shows the commitment and love for their team’s success.

From the introductions, dance team, cheerleaders, and content, everything was perfect from Kentucky’s side. Just pure perfection from one of the greatest basketball schools in the country.

Going to see the Rupp Arena, and even stand and take some shots on the court is still so surreal to me, and I would never have thought I’d step on the court at Rupp Arena ever. 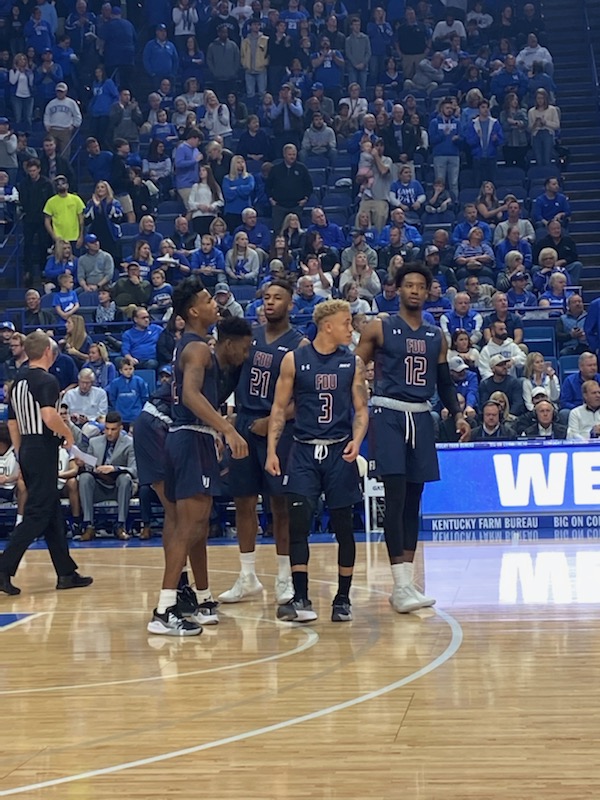