FDU Falls to No. 8 Kentucky at Rupp Arena

LEXINGTON, Ky.- In what was the FDU men’s basketball team’s most anticipated game of the season against the No. 8 ranked University of Kentucky Wildcats, the Wildcats dominated the Knights 83-52 at the historic Rupp Arena.

This was the Wildcats 600th win at Rupp Arena in program history.

“The school keeps going up and up and the 600th win is important to this school,” Kentucky head coach John Calipari said.

Wildcats sophomore forward E.J. Montgomery scored a career-high 25 points on Saturday as he was the most dominant player on the court. He shot 12 of 16 from the field in the game.

Three other Wildcats scored in double-figures with freshman forward Keion Brooks Jr. finishing with 15, junior forward Nick Richards scored 12 while pulling down 10 boards and sophomore guard Ashton Hagans poured in 11 points to go along with 11 assists.

The Knights cut the lead to 16 with back-to-back three’s from Jenkins and Rush late in the first half, but this was the closest the Knights would get for the remainder of the game.

“That’s just not who our team is, but Kentucky had a lot to do with it today,” FDU head coach Greg Herenda said. “They out fought us and finished us. They’re very talented. They’re deep and long. We’re better than that. We really are. We won an NCAA game last year and lost two players. We’re trying to figure it out obviously.”

“We had a great week of practice. We have another week to practice. We’ve gotten better. Ohio State and Louisville are two of the best teams in the country and we have to get back to work,” Calipari said.

Midway through the first half Kentucky’s lead was still 7, 20-13.

Kentucky extended their lead to 12 with 8 minutes remaining in the first half, 25-13, as the Wildcats began to control the Knights.

A 17-0 run by the Wildcats in the first half ballooned the Wildcats lead to 22, 35-13, as FDU looked out of sorts in the hostile environment.

FDU had no answer for the Wildcats well-versed offensive attack as UK shot 53% from the field in the first half.

The Wildcats were led by Montgomery who had 14 points and 7 rebounds in the game’s opening half.

The Knights lack of interior size led them to surrender 28 of the Wildcats 43 points in the paint throughout the first half.

Jenkins was the leading scorer for the Knights in the half with 8 points. Malone-Key had 5 points in the first half. 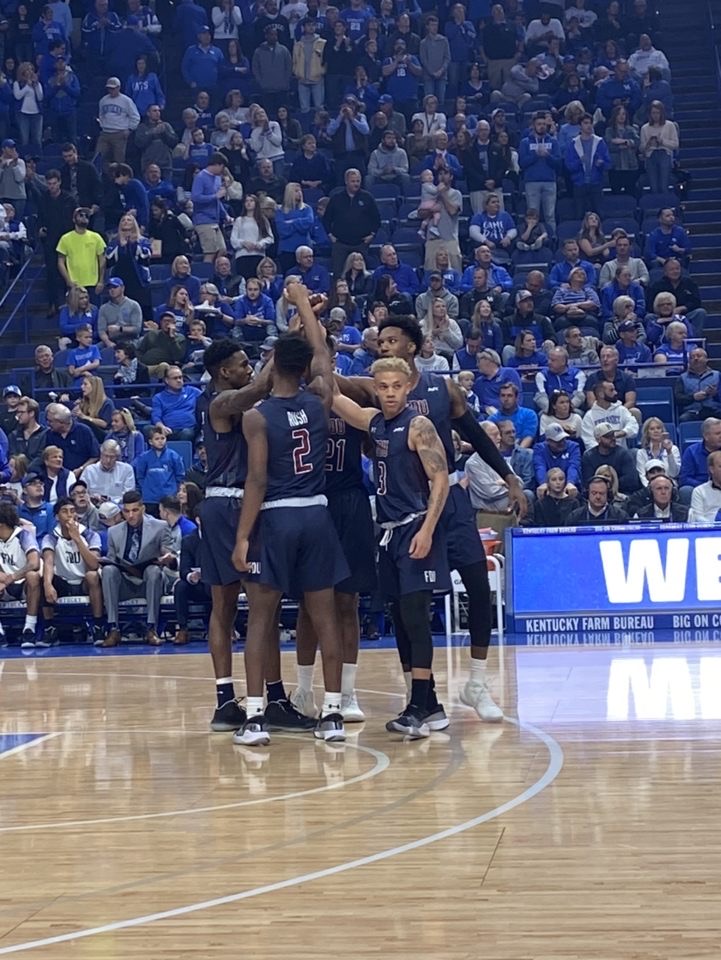 Knights prepare to face the Wildcats.