What’s Next for Green New Deal?

Before getting into the Green New Deal, we have to dissect the Sunrise Movement and Alexandria Ocasio-Cortez.

The Sunrise Movement is a “collection of young, hard-charging activists who are pressuring Democrats nationwide to take bolder actions to address climate change after years of what they see as an inadequate response,” according to The New York Times.

The goal is to rally around the Green New Deal to grow the support for the climate resolution.

Ocasio-Cortez, also known as AOC, along with Markey, proposed the Green New Deal to be introduced as the first step toward combating the global climate  crisis.

There have been many attempts to make the case for saving the environment.

The Green New Deal is a collection of ideas with the overall goal of addressing the climate crisis by achieving net-zero carbon emissions before it is environmentally too late to reverse the damage from greenhouse gases, and to tackle the economic challenges that coincide with environmental legislation.

The Green New Deal is divided into two parts: The first part aims to address what Americans have to do to solve the environmental crisis.

The second part discusses how the United States will help people during the drastic reshaping of the economy during the time of the environmental and infrastructural de- and re-construction and shift away from fossil fuels, according to Vox.

The Green New Deal resolution would include Medicare for all, a federal jobs guarantee and a publicly funded election process, along with a score of other initiatives, according to The New York Times.

There are many misconceptions about the Green New Deal, like that it proposes cows and airplanes are eliminated, that are not accurate.

Some claims have suggested that the Green New Deal wants to do away with the burning of all fossil fuels 100%. This is inaccurate as the Green New Deal resolution proposes the United States slowly wean off the use of such harsh pollutants and transition into less harmful and more eco-friendly power options, but no specific ways for reducing global carbon emissions are detailed, according to The Guardian.

The Green New Deal is only a 14-page document that makes fairly ambitious yet attainable goals for the United States over the next several years.

Also, the Green New Deal would make people of color and people below the poverty line a part of the decisions in order to prevent them from suffering like they normally might when climate or economic policies are put into effect.

Despite its criticism for being too ambitious or outlandish, the Green New Deal is absolutely necessary to preserve what’s left of the environmental peace on Earth.

Climate scientists at the Intergovernmental Panel on Climate Change, or the IPCC, stressed that an increase of the Earth’s temperature by half a degree means a significant amount more than one might assume.

Many scientists insisted until recently that the Earth would be able to manage with a global temperature increase of 2 degrees Celsius, when in reality, at about a 1.5 degree increase, “massive migration, wildfires, deadly heat stress, and cost trillions of dollars and millions of lives,” according to Vox.

The Green New Deal will not likely begin any sort of implementation in the economy, infrastructure, culture, etc., unless the Democratic Party wins back the White House.

The first step that the resolution is demanding take place is that those in power acknowledge that there is a problem. It must be addressed or else countless lives and dollars will be lost. 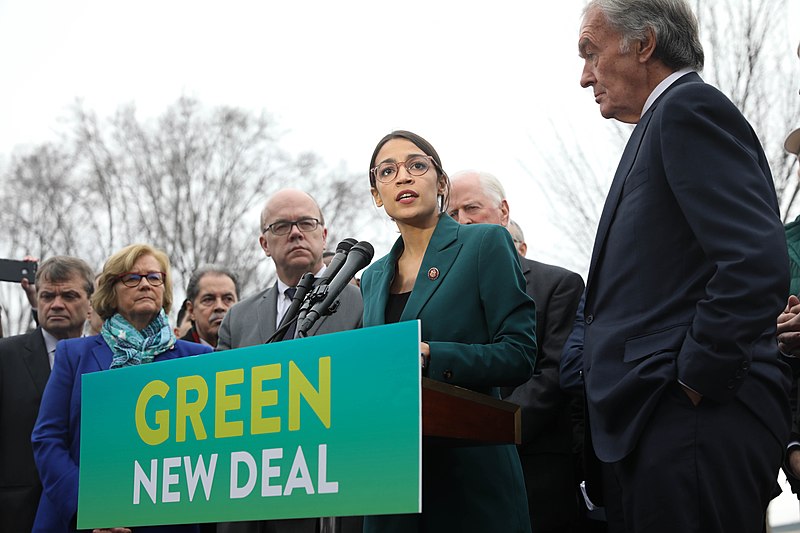