“108 Stitches” was written by retired baseball player, Ron Darling, alongside journalist Daniel Paisner. It hit the shelves throughout bookstores on April 2, 2019.

Ron Darling is an experienced author, and has published other books in the past. The last book he wrote, and most famously praised for, was “Game 7,1986” where he tells his part in the 1986 World Series.

This book discusses a different and unique part of baseball. Darling explores how the game and sport of baseball is all connected. The title, “108 Stitches,” refers to the making of a baseball and how there are 108 stitches that go into producing a single baseball.

He discusses how the sport is interwoven together and that everything connects and relates to one another, just like stitches.

The book starts off with an explanation of how the sport of baseball affects Darling as a person and as a player. Darling mentions that when you watch baseball, play baseball, and cover baseball, it becomes a part of you.

He explains that there are connections in the exciting game of baseball. In his introduction, he briefly tells his stories of baseball and how each story shares a bond. Darling says that’s the funny thing about baseball, that everything somehow or some way or another relates to each other.

The writing technique used by Ron Darling and Daniel Paisner allowed the reader to connect to the book. He speaks of personal experience and allows for a reader to relate to Darling as a person rather than as a famous ball player. He creates the opportunity for a reader that knows nothing about baseball to gain insight from the book.

The book goes into the beginning of his journey, in which he tells the story of when he got to his first Spring training camp. He was discussing how he wanted his role to be the fifth man in the rotation. He goes on to explain how he got to that point from the Yale baseball team and created the connection of how that was once a team filled with the likes of George H.W. Bush.

Ron Darling takes his experiences and starts allowing himself to make these connections with one of this country’s greatest entertainment.

Ron Darling succeeds again with this book and draws the reader in with his hilarious and comforting stories. He speaks of the likes of so many well-known baseball names like Mel Stottlemyre, Mickey Mantle, Bill Monbouquette, and many more.

Darling’s book provides a wonderful insight to America’s greatest pastime as he tells the stories throughout his baseball career and his life. 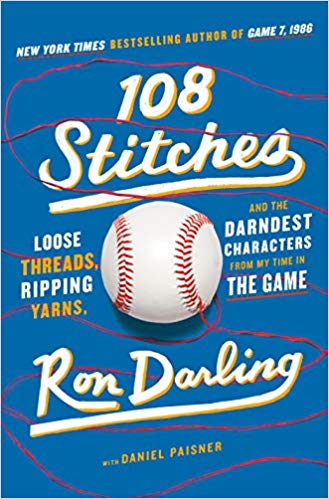