Striking No. 8 Knights Look to Continue Their Success

The FDU women’s bowling team is ranked No. 8 in the National Tenpin Coaches Association with a record of 67-39 overall as of Feb. 24. The Knights started off their season ranked ninth in the NTCA and moved up to No. 7 and now currently sit in eighth.

The Knights have a mostly young team with one freshman, four sophomores, two juniors and one senior. Coach Mike Lopresti holds a career record of 1,405-496 and two NCAA national championships. Lopresti is also the only person to win national championships with two different schools, FDU and William Paterson.

“Figuring out how to finish on Sunday’s better. We’ve hit a little bit of a rough patch this past tournament but, we’re pretty confident going into the following weekends, leading up to the NEC Championships on March 22- 24, that we’re going to finish out pretty well. Personally, I struggled in the beginning of the season but, now I’m definitely on the right path and things are looking up,” Chrzanowski said.

“I feel that we’re on the right track this year,” sophomore and right-handed bowler Aimee Sherman said.

“Our team is doing really well as far as communicating better and doing better in tournaments overall. We are on a bit of a streak with these tournaments going back to back and we are confident that we will pull out some wins within these next few weeks. I feel that I started out this season pretty well and I hit a bit of a rough patch but, I’ve been practicing a lot and I’m confident that these next few weeks will be on the up,” Sherman said.

The Knights participated in the tournament, the James Brown Invitational (yes, that James Brown) from Feb. 15 -17 hosted by Morgan State in Towson, Md. where they finished in third place. This past weekend they participated in the NEC Spring Meet in Sinking Spring, Pa., and ended the weekend being in 5th place in the NEC conference qualifying them to compete in the NEC Championships which are held March 22-March 24.

During this meet, Coach Lopresti also hit a milestone of having his 1400th win. The Knights have the Monmouth Hawk Flight invite this weekend from March 1 – March 3 and then they have the Northeast Finest Tournament from March 16-17 before they look to compete in the NEC Championships from March 22-24. 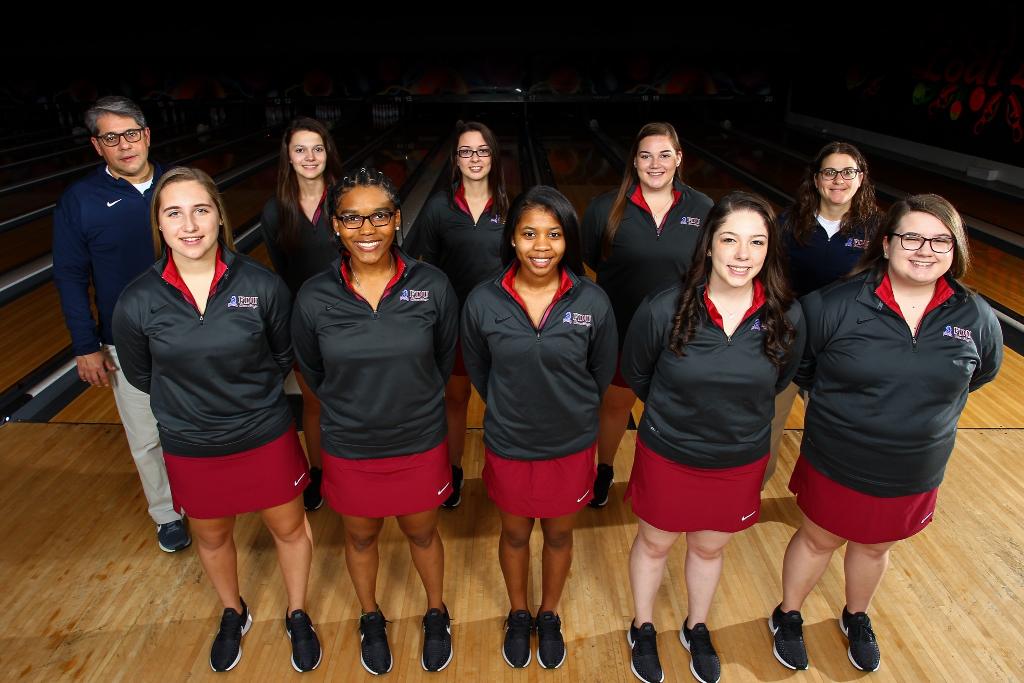