The FDU women’s basketball team will not be renewing the contract of head coach Peter Cinella heading into the 2019-2020 season, the school said Monday in a release.

“We would like to thank Coach Cinella for his hard work and dedication to the FDU women’s basketball program and our University,” FDU’s new athletic director Bradford Hurlbut said in the release. “Throughout his 12 seasons at the helm, Pete always focused on the best interest of his student-athletes and worked hard to lead them to success on and off of the court. We appreciate all of his contributions to our program and wish he and his family the best in all their future endeavors.”

Cinella arrived in Hackensack in 2007 as the sixth head coach in program history. Across his 12 seasons, Cinella led the Knights to nine Northeast Conference tournament appearances and finishes his tenure with a 126-234 (.350) overall record.

Cinella’s most recent NEC tournament appearance was the just-ended 2018-2019 season when the Knights bowed out in the quarterfinals.

“I would like to thank Fairleigh Dickinson University for giving me the opportunity to lead this program for the last 12 years,” Cinella said in the release. “I would especially like to thank all of my assistant coaches and all the former and current players that have played for me.”

A nationwide search for the Knights’ newest head coach will begin immediately.

The search for a new head coach is an exciting endeavor as it signals change going forward and a shake-up for the entire women’s basketball program.

Associate head coach Cathy Inglese, and assistant coaches Rayven Johnson and Rich Biddulph remain on the Knights’ staff at the time of publication.

The search for a new head coach may not end up being a very long one because a prime candidate for the opening is currently on staff.

Inglese is a prime candidate for the head coaching vacancy, and will probably be named the interim coach in the coming days, and may have the interim tag removed once the season inches closer to tip-off.

Inglese has reached 20 wins 11 different times as coach, made 10 NCAA Tournaments and coached six WNBA draft picks. She was a four-time conference coach of the year and made three Sweet 16 appearances, winning three conference tournament titles and two regular-season titles.

Inglese also coached back-to-back perfect regular seasons at Vermont, going 28-0 in 1992 and 29-0 the following season for a streak of 57 consecutive victories.

Inglese has also served multiple stints on the staff of USA Basketball. Inglese was an assistant coach with the gold medal-winning team at the World University Games team in the summer of 2005.

With the coaching success and pedigree of Inglese, it would not be surprising if she were to be named the seventh head coach in program history.

The Equinox will cover any developments which accompany the search for the Knights’ next head coach. 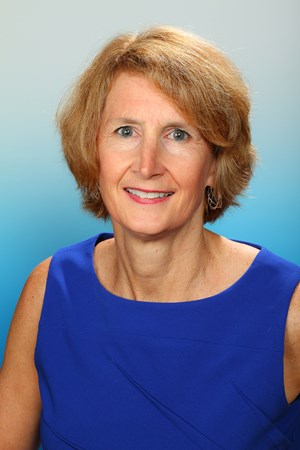