The Rohingya’s Plight is Universal

Practically for all of their existence, humans have turned against one another. The reasons for conflict are plentiful. A major one is one group of people designating another group as the enemy or the other. That group is then targeted and attacked relentlessly by the former by whatever means they deem necessary. This has happened with the Jews in Germany, the Armenians in what is now Turkey and the Tutsis’ in Rwanda.

It is now happening to the Rohingyas who are attempting to leave Myanmar.

“The Rohingya are an ethnic mostly Muslim minority group living in Rakhine state on the western coast of Myanmar,” according to PBS. “The government says they are illegal immigrants from Bangladesh and does not recognize them as one of the country’s 135 ethnic groups.”

In 1982, a law was passed that barred them from gaining citizenship. The Rohingya are also held to a curfew and subjected to a large security presence in villages. They are held back to a great degree, which makes whoever’s persecuting them easier, according to PBS.

“Since 2012, incidents of religious intolerance and incitement to hatred by extremist and ultra- nationalist Buddhist groups have increased across the country,” the United Nations reported in 2016. “The Rohingya and other Muslims are often portrayed as a ‘threat to race and religion.’ Against this backdrop, tensions have occasionally erupted into violence.”

The exodus this year is the result of a recent eruption. Rohingyan militants attacked

police posts on Aug. 25, which in turn led to Rohingyian houses being burned by the ruling government. At least 400 people have died as a result, according to NBC. Thousands of Rohingyas have left the country by boat, or going into neighboring countries like Bangladesh. Those who have gone into that country are already weak by the time they have gotten there, and space is scarce in refugee camps in the area, according to NBC.

Myanmar’s leadership, which is a military junta, will prevent the Rohingyas from leaving.

“The government insists that most of the migrants do not belong in Myanmar, referring to them as Bengalis, and says it has no plans to alter policies that strip them of basic rights and confine more than 140,000 to a crowded, squalid government camp here,” The New York Times reported in 2015.

If what is happening in Myanmar continues, the results could be devastating. The United States Holocaust Museum reported to the Washington Post that this intense persecution can turn into genocide. That was two years ago, and the situation is still destructive as ever.

Pressure and/or intervention in this potent situation are difficult to come by.

The Atlantic reported that “The U.S., pleased by the junta’s opening up, has mostly stayed out of it. The international community seems more concerned for the moment about the refugees in boats than the ones suffering on shore, a situation that has resulted in today’s can’t-leave-and- can’t-stay dilemma.”

The U.S is a country of immigrants, and it has been ever since those who first faced Native Americans landed on its shores. Everyone in this country, besides the descendants of those Native Americans, is related to an immigrant in some way. But the residents of this country have not always been kind to those who seek refuge. Most recently, the Deferred Action for Childhood Arrivals program has been put into a six-month limbo.

DACA was created in 2012 to allow the undocumented children of migrants to stay in the U.S provided they have no serious criminal histories, and were younger than 16 years old and came in the country before 2007, according to NBC.

They are called ‘Dreamers’ because of the Development, Relief and Education for Alien Minors Act of 2001 that has not gotten through Congress. DACA was a compromise on the DREAM Act. The original legislation would have allowed a chance for permanent legal residency for undocumented children. Now, it is unknown what the replacement will be.

Of course, there should be concerns on letting in immigrants who mean to do harm. But what about the ones who did not choose to come here, and who see here as the only home they know?

The Irish have something in common with the Royhingas. The same goes with just about every other immigrant to this country.

They wanted better for their families, their homeland became too dangerous and or unwelcoming, or perhaps both. The Rohingya’s plight fits into the second reason almost as easily as a puzzle piece into a jigsaw puzzle.

Theirs is a global struggle. A universal one. We as a country should understand what they are going through, because many of our ancestors have been through the same. 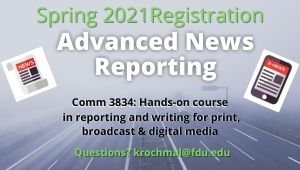